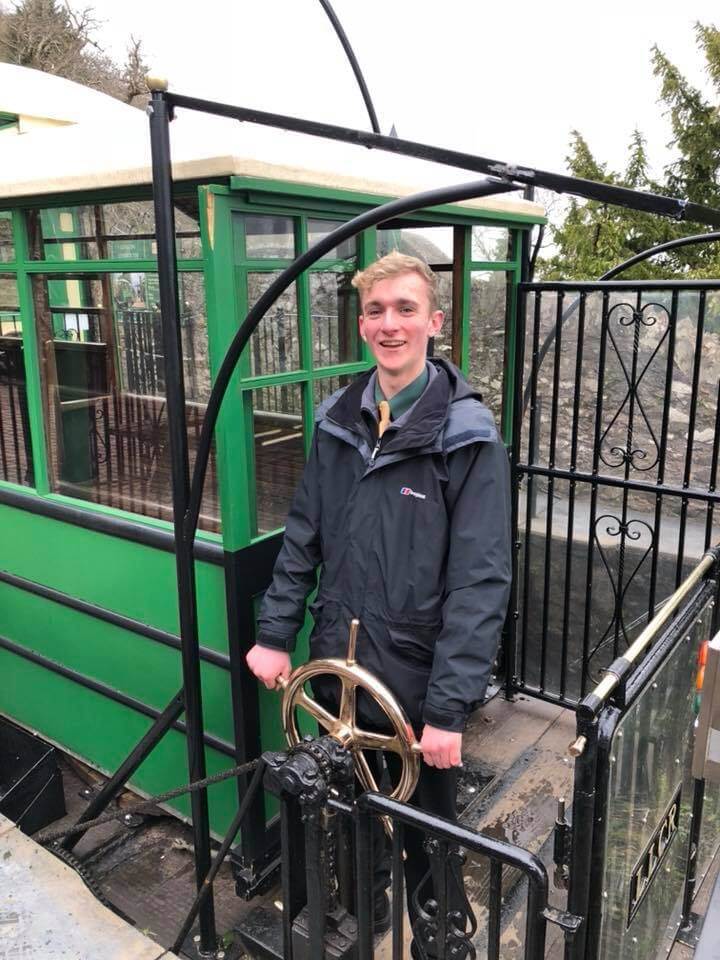 This week the Lynton and Lynmouth Cliff Railway appointed Jacob Salmon, 18, from Lynton as it’s newest driver. Jacob attended Lynton School and then Ilfracombe Comprehensive before joining the company in September 2015. Jacob had previously worked within the Railway’s Cliff Top Cafe as a seasonal cafe assistance during his summer holidays.

Jacob’s ability was recognised early and he started to develop the required skills to become a full qualified Cliff Railway Driver. Each driver is required to demonstrate competence within the mechanics and the daily operating procedures of the railway as well as maintenance, VHF radio use and of course great interaction with our visitors.

Each individual Driver is required to pass all of the individual elements prior to their final assessment under the watchful eye of Chief Engineer and Railway Manager, Ashley Clarke. Whilst Jacob already drives his VW Polo he said ‘The most difficulty part is physically driving the lift as the water operated brakes are not like anything else that you would experience elsewhere’.

Jacob has quickly become a valued member of the Cliff Railway Team, and is affectionally known as ‘Sprog’ or ‘Jacob Longshanks’ by the other staff. Jacobs said ‘he is looking forward to his new role at the Railway and his responsibilities as a fully qualified Driver’. His other interests are Sports, Food, Music, Animals and Cars.